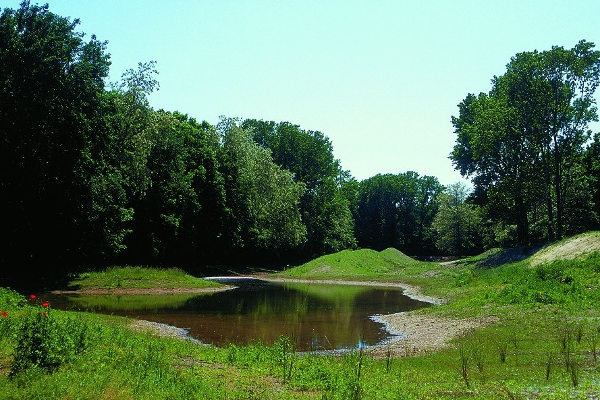 Bosco Nordio is situated 10 kilometres far from Chioggia, along the Romea Highway SS309, towards Ravenna, between Sant’Anna and Cavanella districts. It is a Natural Reserve, an over thousand-year-old woodland, that represents an important relict of the past widespread forests of the Northern Adriatic Coast.

The peculiar geographical setting of Bosco Nordio determines the presence of interesting fauna species. Until few years ago, the showiest aspect was the presence of a considerable number of fallow deers, introduced in the Reserve in 1964. The presence of the badger was also considerable. Among the mammals populating the area there are hares, hedgehogs and weasels.

Besides housing in its natural wetlands a considerable variety of amphibians, reptiles and mammals, once usually present in plain woodland settings (water snakes, green lizards, green whip snakes, newts, frogs, hedgehogs, weasels, etc.), the Natural Reserve is also an important nesting place and shelter for many bird species, some of which used to live in the forest. There are, for example, marsh harriers, short-eared owls, wrynecks, nightingales and cuckoos… Furthermore, it is possible to discover many other avifauna species which found in Bosco Nordio their ideal habitat, either for their nourishment or for their shelter: the pheasant, the little owl, the little egret, the grey heron, the woodpigeon, the tawny owl, the black woodpecker, the robin …

Bosco Nordio is situated on the most ancient dune system of the Venetian coastal area between Chioggia (VE) and the Po River. It probably dates back to at least 2 million years ago. The dunes of the wood and the coast of Rosolina Mare (RO) are the result of the building activity by the rivers Po and Adige during the last 4,000 years.

Bosco Nordio was once called Fosson or Cerreto and it seems to have pre-Roman origins. It belonged first to the town of Chioggia, then it was given to Nordio family in 1565. This family destroyed the wood completely in order to cultivate the land. Then at the end of the 18th century, Andrea Nordio wanted to plant a pinewood with stone pines on the remains of the ancient wood consisting of holm oaks, laurels, and other Mediterranean species.

In 1959 it was sold to the former Azienda di Stato per le Foreste Demaniali (State Forest Authority) and the Natural Reserve was established with the decree D.M. 26/7/1971.
Nowadays it is managed by Veneto Agricoltura.

You can visit Bosco Nordio only by previous booking with a naturalistic tour guide.